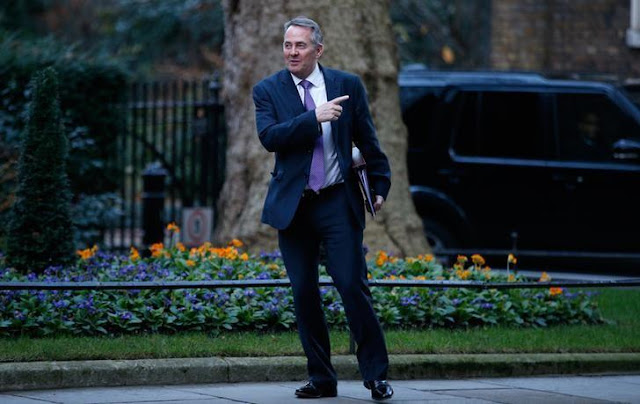 In 1973, the UK joined the EEC (as the EU was known then) and became the member of a customs union – the so-called “Common Market”.

In this post, I will look at the impact of leaving the Customs Union and a repatriated trade policy.

The UK is a member of the WTO in its own right. But as a member of the EU's Customs Union and the Common Commercial Policy (CCP), the UK has no independent trade policy – all the UK's current WTO trade schedules are registered via the EU's WTO membership. In order to trade as an independent nation, the UK will need to establish it's own WTO schedules.

Prior to the Referendum, WTO director-general Roberto Azevêdo warned that the UK would face “long and difficult” negotiations. It was reported that unanimous consent from all 164 WTO members would be required to ratify new UK schedules – leaving UK in trade limbo for years.

This issue has been fully addressed by Dr Richard North (who takes an apocalyptic vision of UK trade outside the Single Market) and Peter Lilley. Depite the fact that North contemptuously dismisses the “likes of Lilley”, they arrive at a similar view. Lilley describes this as “an exaggerated scare story”. North says it is remarkable that “so much is being made of what is actually a relatively small problem in the grander scheme of things”. Post-Referendum, in a marked change in tone, Robert Azevedo has confirmed that there will be no disruption to UK trade.

Thre reality is, it is possible to trade using draft WTO schedules awaiting full ratification. The EU's schedules were amended following the accession of Romania and Bulgaria but have still not been ratified. WTO members can only raise objections on the grounds that a draft schedule leaves them materially disadvantaged. The UK can adopt a draft schedule based on current EU schedules to present a “no-change” scenario:
Should the haggling result in an impasse, a unilateral solution would be for the UK to forego TRQ's entirely by abolishing the higher tariff and allowing unlimited imports at the lower tariff.
While Amber-box subsidies are limited (to 5% of agricultural production for developed countries), there are no limits on Blue-box and Green-box subsidies. So the UK and EU will need to agree an apportionment of current Amber-box limits. This is unlikely to be contentious, as the EU has only used €8.76 billion of the €72.2 billion limit agreed with the WTO in 2009/2010. Furthermore, 94% of subsidies paid under the 2010 CAP reforms fall outside the Amber-box limits.

Customs Union are not simply Free Trade Zones. The EU Customs Union removes tariffs and import restrictions between member states, but also has a Common External Tariff (CET), set by Brussels. The EU's Custom Union also has a Common Commercial Policy (CCP), which means that Brussels has sole power to broker any new Free Trade Agreement (FTA) with third countries. In short, all external trade policy is the preserve of Brussels, not EU member states.

The EU forms a Customs Union, with no tariff barriers between Member States, and a common external tariff on imports from countries outside. Aligning these is an inherent part of any Customs Union and is necessary to ensure consistent treatment of imports into any EU country. For this reason the EU negotiates and agrees Free Trade Agreements with other countries on a collective basis. To date the EU has 36 such agreements covering 53 markets. (page 9, section 2.10)

The process of withdrawal from the EU means that all existing trade deals with third countries would cease were the UK to leave the EU. This means we would no longer benefit from the trade deals which the EU has negotiated with 53 markets like Mexico, South Africa or South Korea, and those which it is currently negotiating with the United States and Japan.(Page 28, Section 3.40)

Free Trade Agreements (FTA's) with 53 nations sounds impressive, until you realise many are very small economies (e.g. Andorra, Monaco, San Marino, Iceland, Lichtenstein, St. Kitts and Nevis, St Lucia etc) or less than stellar performers (e.g. Zimbabwe, Occupied Palestinian Territory). The biggest economies in the 53 are South Korea, Mexico and Switzerland - all of whom are comfortably smaller than the UK's economy. The list of 53 does not include major trading partners like the USA, Japan, Australia etc.


However, these 53 FTAs, which specifically include tariff agreements, are not the full story. The EU has a plethora of “technical” trade agreements with countries around the world which facilitate “frictionless” trade (but do not include agreements on tariffs). The website for the EU's Treaties Office Database shows that the EU has 23 such agreements with the USA categorised as trade agreements. Some of the more important types of agreements include:

Clearly, the UK would wish to retain current trade agreements with 3rd countries. But as Luis Gonzalez Garcia, Alan Matthews & Steven Peers (among others) point out, the UK’s rights and obligations under these treaties only apply to the UK in its capacity as an EU Member State.

There are also technical issues which would prevent these agreements from being adopted “as-is” by a post-Brexit UK:

In practice, the UK will need to replace the EU’s FTAs and technical trade agreements.

The good news is that the UK Government is already looking at replacing the EU's FTAs by transitioning current trading terms, with initial focus on the Korea and Switzerland FTAs as they cover almost 80% of UK’s trade by value via EU FTAs. Fortunately it is possible to create WTO-compliant transitional arrangements in line with Article XXIV(5) of the General Agreement on Trade and Tariffs (GATT), which states that,
“The provisions of this Agreement shall not prevent, as between the territories of contracting parties, the formation of a customs union or of a free-trade area or the adoption of an interim agreement necessary for the formation of a customs union or of a free-trade area […] Any interim agreement […] shall include a plan and schedule for the formation of such a customs union or of such a free-trade area within a reasonable length of time.”
A memorandum of understanding between the UK and third country could be deposited with the WTO stating that existing trading terms will continue (with new arrangements for institutions, cumulation, TRQs etc as required) – allowing time for a full FTA to be agreed.

In addition, the UK will also need to agree a continuation of current trading with other trading partners with which the EU has purely “technical” trade agreements. Once again a Memorandum of Understanding should suffice (stating that existing “technical” agreements will be continued with new institutional arrangements as required) and then deposited with the UN rather than the WTO (since these agreements do not cover tariffs).

For some third countries where the EU does not currently have an FTA (e.g. Australia, New Zealand etc.), we may wish to enter into an interim free trade agreement with “zero-for-zero” tariffs alongside the “technical” agreements ahead of negotiating a full and comprehensive FTA.

As a result of leaving the EU's Custom Union and Common Commercial Policy, the UK re-patriates control of trade policy but has to reconstitute all external trade arrangements: WTO schedules; 53 FTAs; and a plethora of technical trade agreements with almost every other WTO member. Staying in the Single Market via the EFTA EEA option does not help one iota with these issues.

Fortunately there appear to be solutions to these challenges - and crucially these solutions are not dependent on agreement with the EU. But it is also clear that Liam Fox as Secretary of State for International Trade has his work cut out in the next 2 years.
Posted by Paul Reynolds at 18:10 2 comments: